It is used to show that a work is being done for a time. It is still being done now also. It may be continuing for a particular duration or from a point of time i.e. for two hours or since morning.

With time words ‘for or since’ are generally used.
Has or Have with been and first form of verb and -ing is used in these sentences. 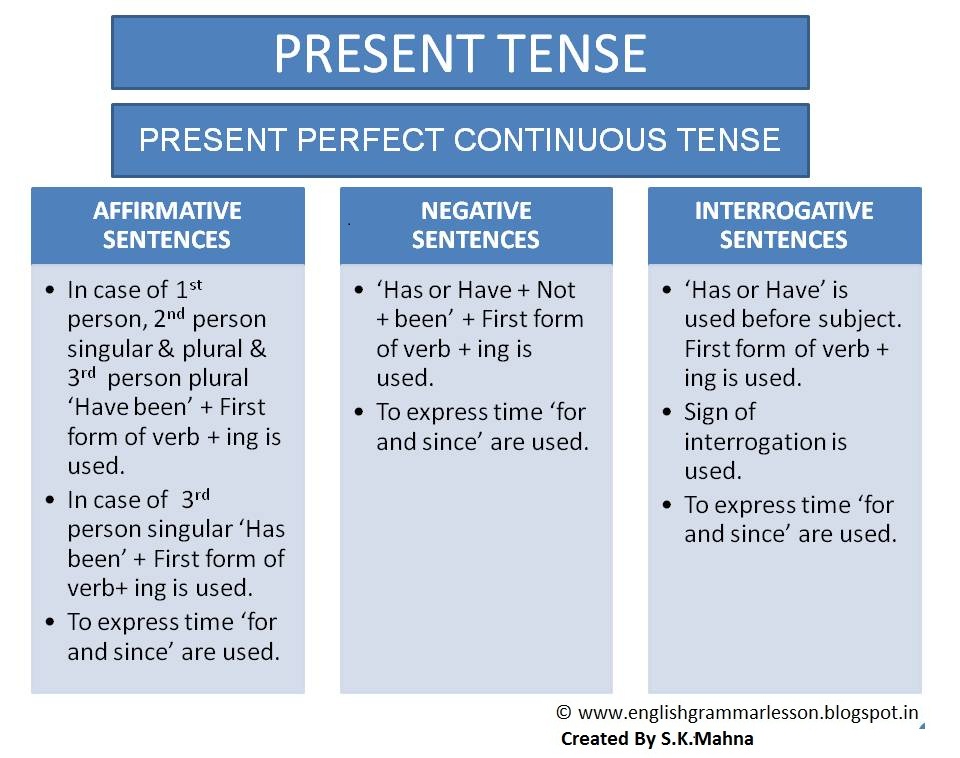 In negative sentences has have been and not is used with first form of verb and ing.

In Interrogative sentences Has Have is used before Subject.