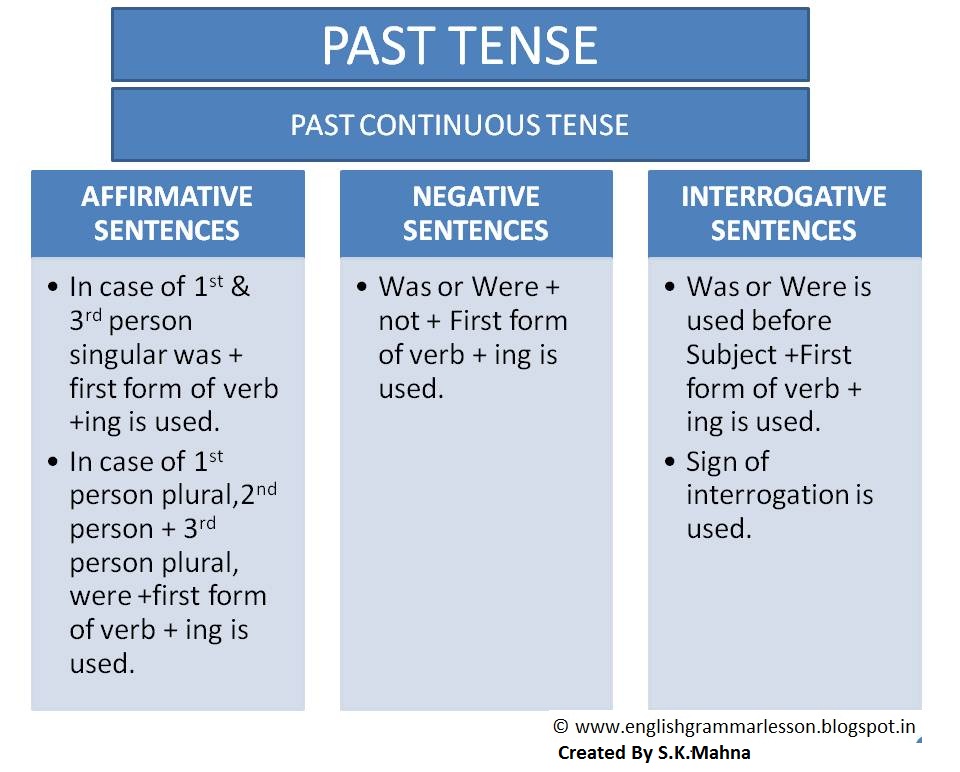 In this Tense work is being done in the past on continuous basis.
For this tense was were and first form of verb with ‘ing’ is used.

With first person plural, second person singular and plural and third person plural ‘were’ with first form of verb and ing is used.

In negative sentences ‘not’ is used after was were and before verb.

In interrogative sentences ‘was,were’ is used before subject. and first form of verb with ‘ing’ is used.
Interrogative sign is used at the end of the sentence.