What is Voice – Active Voice & Passive Voice ? Why is voice needed?

While communicating we use words in a sentence according to the importance ascribed to them.

In other words  are placed in a sentence according to their importance in communication.

Usually a sentence has a subject, a verb and an object in it. A word is used as subject or object in a sentence according to the importance it carries with it.

Take the following examples to make it clear.

3. A letter was written to him by me.

In these sentences the three key words I, letter and him are placed at different places in the sentences  according to the importance of these words in communication. As such the two forms of voice i.e. Active and Passive voice are used accordingly  while communicating. More important words are used as Subject and those of secondary place are used as an object in a sentence. For this necessary changes are made in the sentence.

The  process of making a change from active to passive form of a sentence is called ‘change of the voice’.

First of all it is necessary to know about the  words ‘who’ and ”whom’.

Difference between  ‘Who’ and ‘Whom’ while making their use  in a sentence :


Similarly in case who and whom

So when we use a word in Subject place it is ‘who’ and using in place of object it is ‘whom’.

To understand this sentence substitute the word ‘who‘ with an assertive subject like He.

He will change to ‘by him‘.

Similarly in this sentence  ‘who‘ will change to ‘by whom’ as who is in subject place and whom is in object place. Because it is an interrogative sentence the words ‘By whom’ will remain placed in the beginning of the sentence.

By whom was she greeted ?

Exams Preparation Tip
In examination this will help in questions relating to corrections, clause substitution and fill in the blanks etc.

Fill in the blank with a word out of  given options :

To understand these sentences, think reply of these interrogative sentences in assertive form.i.e.

In the first sentence it is quite clear that subject form is required and out of the two options ‘he’ is the subject form. Out of who and whom  ‘who’ is the word in subject place. So in interrogative sentence’who’ will be used.

Similarly in the second sentence it is evident that a word at object place is required. Out of he and him ‘him’ and out of who and whom ‘whom’  are the words at object place.

So the correct word is ‘Whom’. 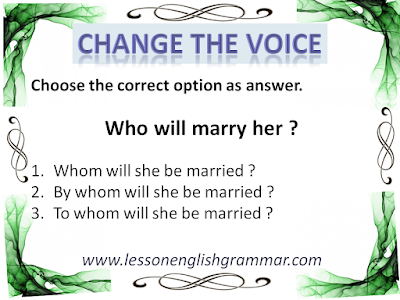 Fill in the blanks in the following sentences with a word out of ……who, whom, which and what.

Fill in the blanks :

Examples
Change the voice.
1. Whom do you want to help you?**
By whom do you want to be helped?
2.  Why did you make a row with his brother for nothing ?
Why was a row made with his brother for nothing by you?
3.  Why did  you not turn down his proposal when he offered it to you?
Why was his proposal not turned down by you when it was offered to you by him?
4.  How did you overcome  so many hurdles so easily?
How were so many hurdles overcome so easily by you?
5.  How will  he manage the affairs of the company alone ?
How will the affairs of the company be managed by him alone ?
6.  Who shouted at the stranger while he was walking in the street ?
By whom was the stranger shouted at while he was  walking in the street? 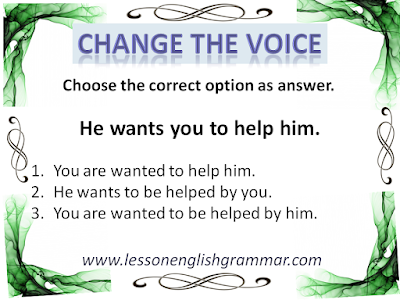 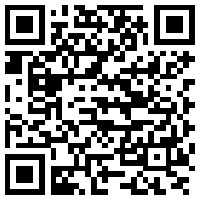 Recommended courses for you !